My American/Contemporary Jazz Summer Intensive will focus on the musical/lyrical aspects of jazz, which pulls from the inspirations from studying with Mary Brienza, Troy Powell, Sharon Wong, Fred Benjamin, Christian von Howard, and the late Luigi.

We will focus on the angles, lines, and use of the pelvis, and hips from center, across the floor, and in the combinations. Also, we will work on supporting ones center(core) when moving by using the breath to allow the liberty of movement through ones body to complete your lines when moving from slow to fast by being grounded so you the dancer, can make the smallest movement/gesture take on the biggest meaning. And, most importantly, how to find or define your character choices in the choreography through coaching you the dancers.

Objective of Each Course

Both the American Jazz and Modern Contemporary courses will focus more on the choreographic aspect of each styles, by us working on a set phrase for each respective week. From which I will be inviting a select few dancers to take part in my upcoming show for the premier of my company in October. The individuals I like to work with is not chosen solely on their technical abilities but mainly on how they embody and show forth their artistic approach of the material given to them. This is why the courses will be taught at an Open Level, giving each participant of the workshop an equal chance to come in and share their voice through movement.

This Summer Intensive will be held in english.

after the Early Bird

Quincy A. Junor (Brooklyn, New York), was born in Georgetown, Guyana and started his training under the direction of his mentor Gloria E. Moylan. He is a graduate of F. H. LaGuardia High School of Music & Art and Performing Arts(The Fame School) and holds a BFA in Dance from SUNY Purchase Conservatory of Dance. He has attended Brooklyn Music School, The Ailey School, and Perry-Mansfield Performing Arts School–all on full scholarship.

Mr. Junor has been awarded the Dr. Marvin & Carol Eiger scholarship in Dance and is a Richard & Mica Hadar Scholar in Dance. In 2002 & 2003, he was a finalist in the National Fine Arts Competition for Liturgical Dance. In 2004, he was the recipient of the National YoungArts Foundation award in choreography for his work The Chase.

He has choreographed for Genesis Dance Company, Purchase Repertory Theatre’s production of Derek Walcott’s The Odyssey, and for the Neuberger Museum of Art, and was the Resident Choreographer for Teatromania Acting Company from 2004-2007. Mr. Junor was invited to perform Mark Morris‘ Gloria and Lauri Stalling’s The Great Quiet at The Kennedy Center and at the Hong Kong International Dance Festival, along with the Purchase Dance Corps.

He has also performed for Dove, Stellar, and Grammy Award winning Gospel Artists Alvin Slaughter and Dr. Pastor Marvin Sapp. Mr. Junor has performed works by Alvin Ailey, Robert Battle, Pat Catterson, Patricia Dye, Troy Powell, Kevin Wynn and Nathan Trice. He has also performed for Errol Grimes Dance Group and Lane & Co. and was a member of Genesis Dance Company, SYREN Modern Dance and Riedel Dance Theatre. Mr. Junor has gone on to become Choreographic Assistant, Dance Captain and Dancer for choreographer Jeremy Wade for rock electric singer Peaches, for her musical and film productions of Peaches Does Herself at HAU Hebbel am Ufer, Dancer and Dance Captain for Peaches in her one woman show Peaches Christ Superstar North America and Canada Tour, and appeared as a Guest Artist for Nature Theatre of Oklahoma’s Life & Time directed by Pavel Liska & Kelly Copper incorporation with the Berliner Festspiele/Foreign Affairs & HAU Hebbel am Ufer.

Some of his TV credits includes the hit TV series Babylon Berlin(Season 1, Episode 5) choreographed by Julia Fidel and Nasser Martin-Gousset and directed by Tom Tykwer, Achim von Borries, & Hendrik Handloegten, Season 2, Episode 1 of Berlin Station with choreography by Julia Fidel, all as a featured dancer. Most recently, he can be seen in MEDION Electronics commercial produced by Lovestone Film GmbH, the Deutsche Bahn commercial directed by Hanna Maria Heidrich with choreography by Litza Bixler with retired Formula One racing driver and the 2016 Formula One World Champion Nico Rosberg and singersongwriter Iggy Pop and in the Make Believe music video by German recording artist Mignon Baer. 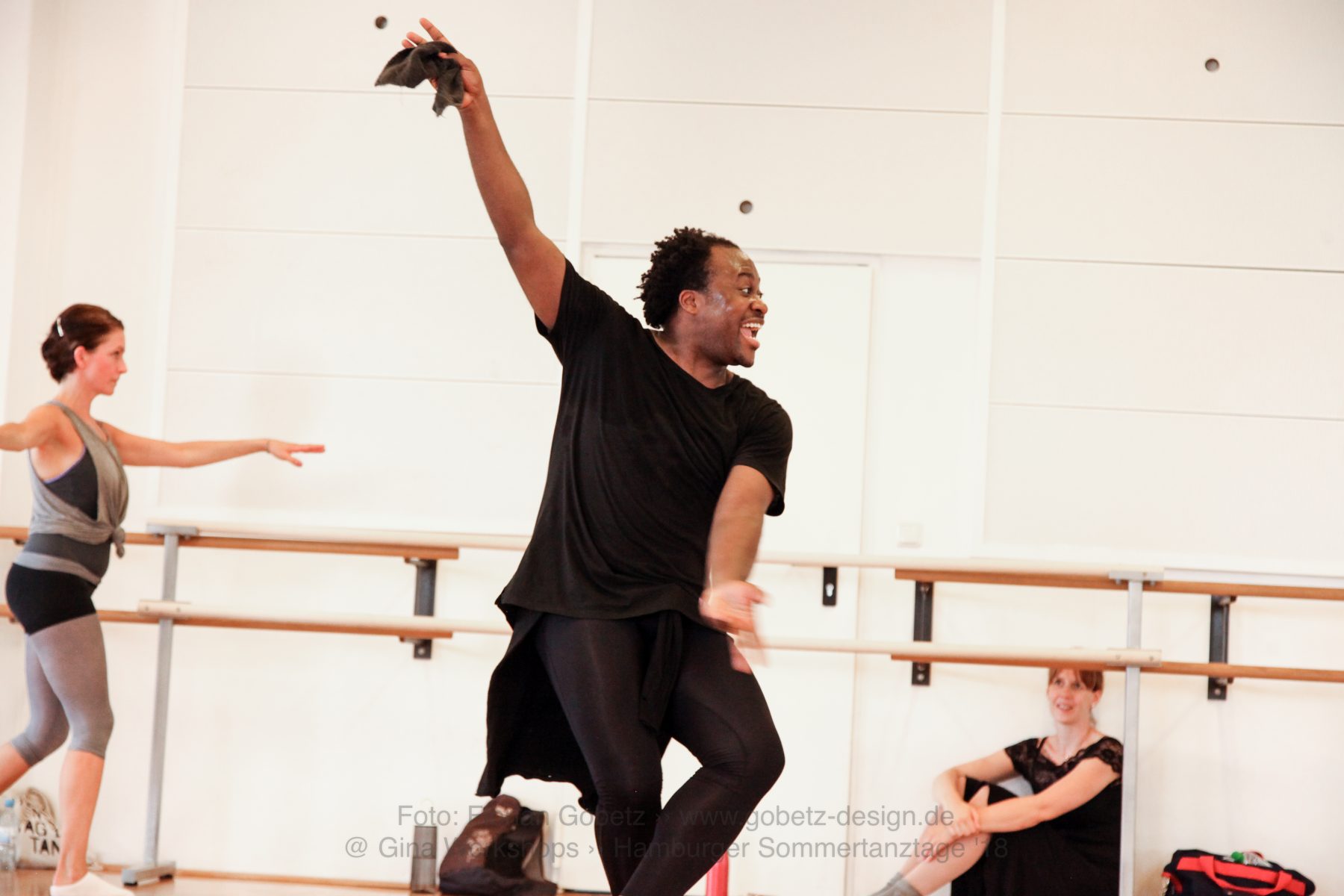 Please register for the workshop in advance. Your spot is saved once we receive your payment. You have 2 options for that:
1) Register and pay in cash at the studio’s reception (can be done short notice)
2) Register using our contact form below and pay via bank transfer (please register 5 days in advance)