In this waving workshop you will be guided through many creative movement concepts. To develop your waving technique we will learn techniques like threading and tracing, as well as trying different levels in space (standing position, middle position and floor position) to try out different angles and positions in the body.

The goal of the workshop is for the student to learn as many tools as possible to strengthen and develop their personal style, get new inspiration and make new discoveries.

Please book this workshop via our course calender. (click here)

Kalliopi Tarasidou aka Kalli is a Greek dancer and choreographer. Began dancing around 2007, Strongly influenced by the Hip Hop culture, she combines Popping with elements of other dance styles, trying to enrich the aesthetic potential of the urban dance. Affected by this, she created her own language of dance, which mixed the edgy tutting movements with the fluent waving movements in a surprising way. Kalli’s own choreography works

contains narrative components which are related to her sensational and mental experiences, so that her dance is featured with a kind of sentimental introversion.

Kalli’s professional career as a dancer began at the year 2013, as she was becoming a member of the legendary dance company Flying Steps and performing at the “RedBull Flying Illusion” show, which was touring around Europe in the following five years. Besides being awarded as champions at several international dance battles, such as Free Spirit Festival 2016 in Düsseldorf and The dance fight 2016 in Los Angeles, Kalli also took part in the jury of many dance competitions, for example the Funkin Stylez 2017 in Germany, WOD 2018 in Spain and Open your mind 2019 in Holland etc.

Although being known for her virtuoso and precise popping techniques, she is never satisfied with dancing following standardized rules. Kalli has discovered more and more her interest in the artistic aspects of the urban dance. In the year 2019 she choreographed and performed together with Junior Bosila Banya aka ‘Bboy Junior’ a duet called “Addiction”, which transformed different kinds of physical and psychological addiction in abstract movements. “Addiction” has been invited by lot of festivals such as Suresnes City danses Connexion in Paris and Breaking Convention in London etc. At the same year she embodied the role ‘Muse Caliope’ at dance theatre “Apollon Musagète” (choreographed by Kadir ‘Amigo’ Memis, premiere Potsdam Musikfestspiele). Therein, she worked together with contemporary, dervish, ballet and other urban dancers, triggering a new interpretation of this canon of ballets.

2021 she started to work with the renowned dance company Wang Ramirez together. The dance production „Youme”(choreographed by Honji Wang, premiered in Italy, toured in France and Israel) was an intermedial dialogue between Kalli, the flamenco dancer Sara Jiménez Andrés and the cellist Elsa Guiet, which displayed in unpredictable, feisty and poetic moments. 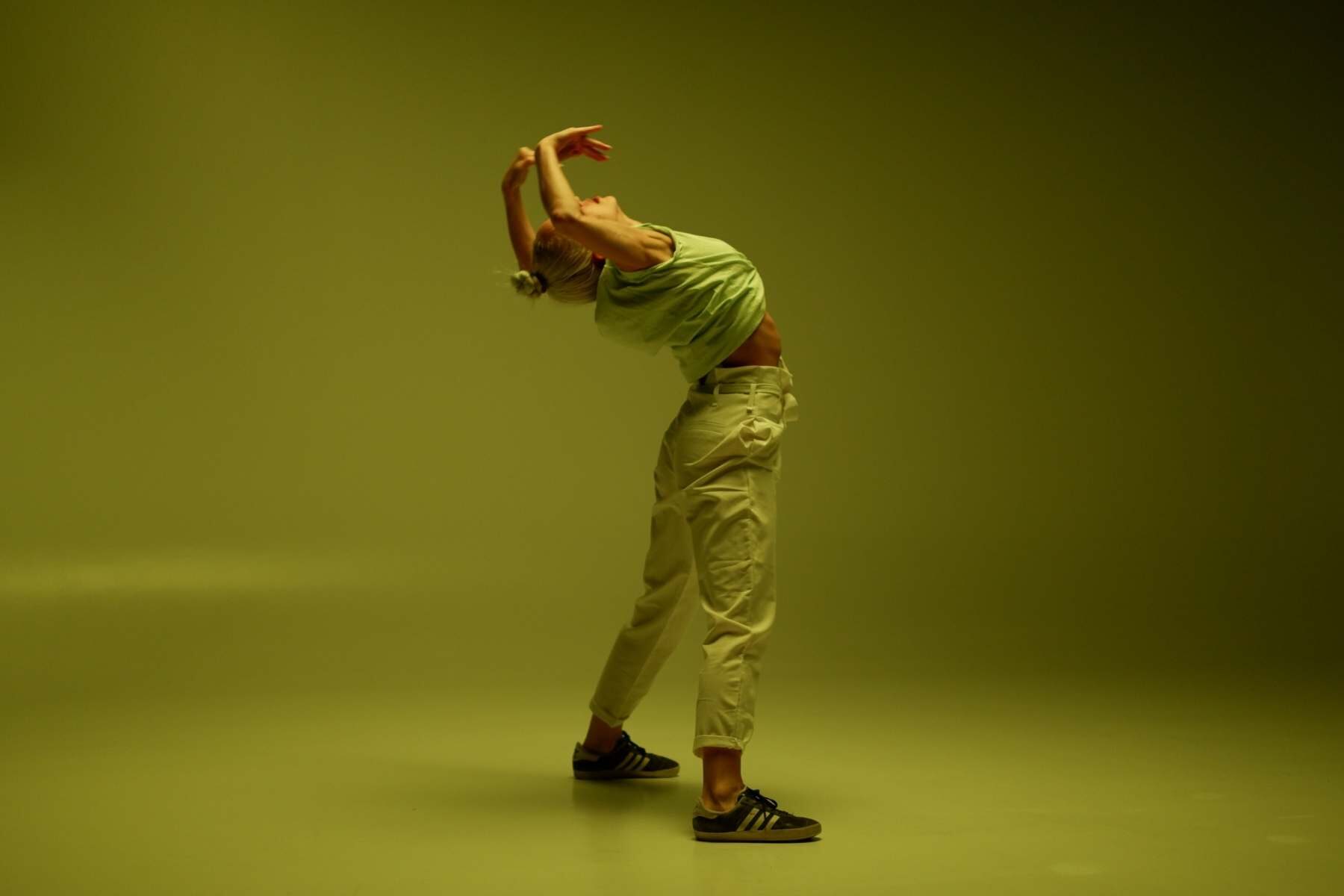