The Legendary Leo, Mother of House of Melody has a heart for beginners and loves to bring more of you into the scene. Therefor she’ll teach 3Voguing Workshops on Pfingstmontag (Pentecost) wich is a public holiday in Berlin. So no excuse for not showing up!

Voguing, commercialy known through Madonna’s ‘Vogue’ or recent artists like Rihanna and Beyoncè, is a dance style which has been developed in the 1960’s within the Black, Latinx and Gay Ballroom Scene of Harlem/New York. Deeply rooted in New York’s LGBT community, Voguing took a journey through underground clubs in the U.S. and Europe and developed its own Ballroom Scene. Voguing is inspired by the fashion magazine Vogue, its model- like poses and the High Fashion Runway Walk. With the styles Old Way, New Way and Vogue Fem this dance combines masculine poses from Breakdance and Martial Arts, feminine posing and gestures as well as very flexible poses and the hitting of angels, boxes and lines with the body/arms on beat.

Old way, formerly also know as pop dip & spin or performance, is the first voguing style which was base for the development of the stylez new way and vogue fem. It is characterized by the formation of lines, symmetry, and precision in the execution of formations with graceful, fluid-like Movement. Egyptian hieroglyphs, Martial Arts, Breakdance, Popping, Military Style and male fashion poses serve as the original inspirations for old way voguing. In its purest and historical form voguing of the old way it is a duel between two rivals and the base for new way and vogue fem performance.

The New Way is characterized by its precision while creating complex angles, boxes, lines and illusions with the arms, wrists and hands (similar to tutting). It was inspired and created by performers who used to showcase extreme flexibility and poses inspired by contortionists, gymnastics, yoga and haute couture fashion.

Vogue Fem is based on old way performance and embodies an extremely feminine appearance and movement. It is known for the five elements : Hand/Arm Performance, Catwalk, Duckwalk, Spins & Dips and Floor Performance. The influences take a wide range from Modern Dance, Ballet, Figure Skating and Pantomime. There are two characteristic dynamics in the presentation of this style: “dramatic” – very fast with impressive tricks and twists and the style “soft & cunt” that emphasizes the grace and beauty of women by rather slow movements . 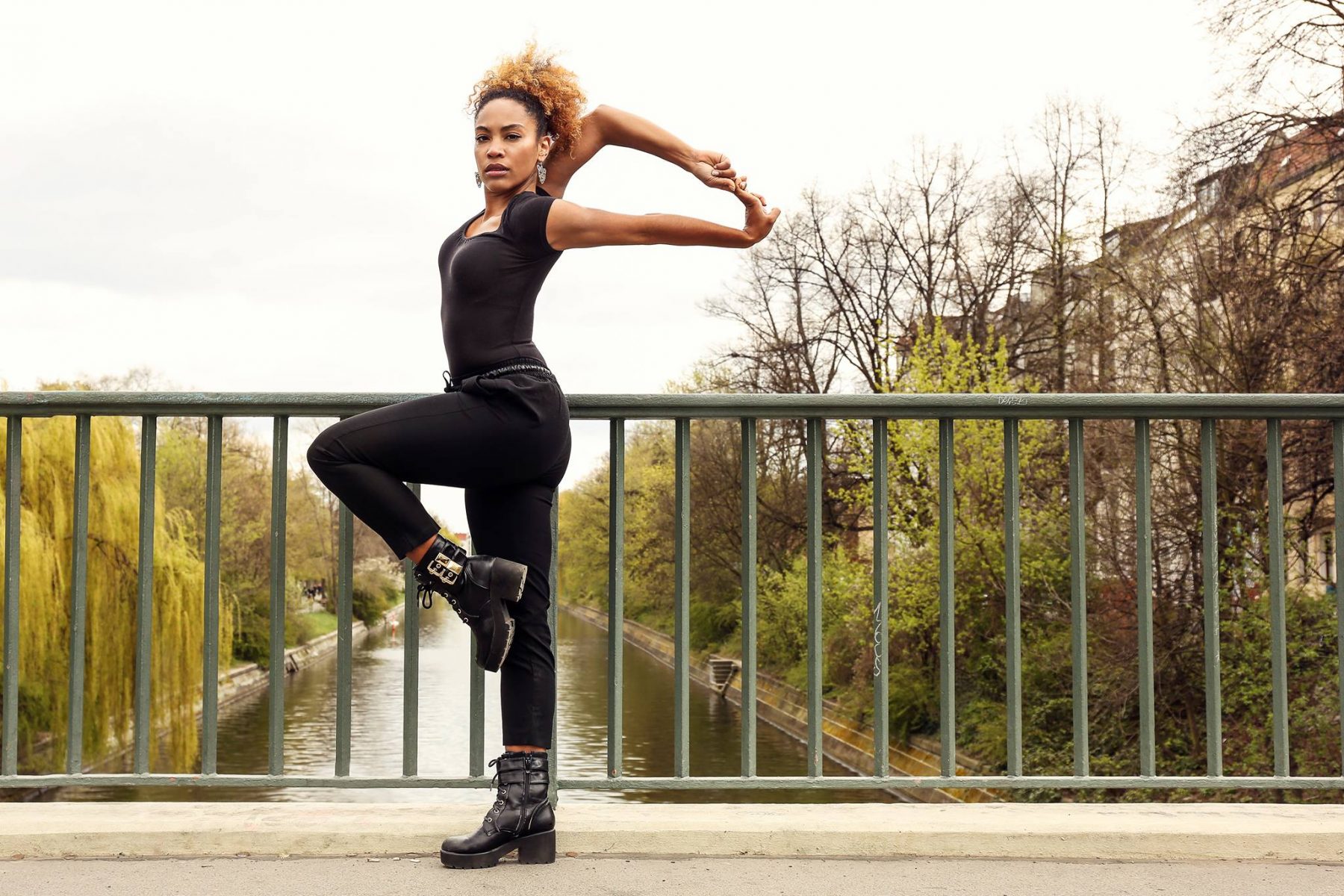