You are here Home » Kurse Erwachsene » Waacking with Nicole

Waacking, similar to voguing, was created mainly by the black, Afro- and Latin American LGBT community and as a freestyle dance in the clubs of the 70s. While the emergence of Vogue Dance is more likely to be located in the queer scene in New York, and the US East Coast, the Waacking movement originated in Los Angeles on the West Coast. Similar to Voguing, the young queer dancers wanted to be themselves in the clubs. In the 1970s, homosexuality and gender issues were a total taboo in society, leading to exclusion, discrimination and attacks. Waacking is therefore a very personal and political liberation dance of outdated conservative images of society. At the beginning it was called “punking”. Punking was / is the exaggerated dramatic acting too through eccentric expressive movements. Since homosexual men were called punk, they turned the tables on punking and used the term in their own artistic expression.

Since Waacking is a Club Dance, we focus on exchange and having a PARTY. The class is for everyone who wants to enjoy, celebrate life and learn more about themselves and the culture. An open class, which is perfect for beginners as well as professional dancers.

Waacking contains quite a few movements from Jazz and Urban Dance as well as elements of acting. It is a mix of different dance styles. Since Waacking is a freestyle club dance, the focus of this class will be learning waacking technique as well as a lot of freestyle training. There will also be a few choreographies and a lot of combos to practise the new learned moves.

History, Foundation, Confidence, Posing + Acting.
We focus on the arm techniques as well as grooves and footwork. The goal is to highlight everyones individuality and personality through technique and feeling and to be able to bring that into freestyling.

Nicole: “I care about a balance between foundation, research, routines and freestyle. Each lesson is based upon the students level and what they want to work on individually.“ 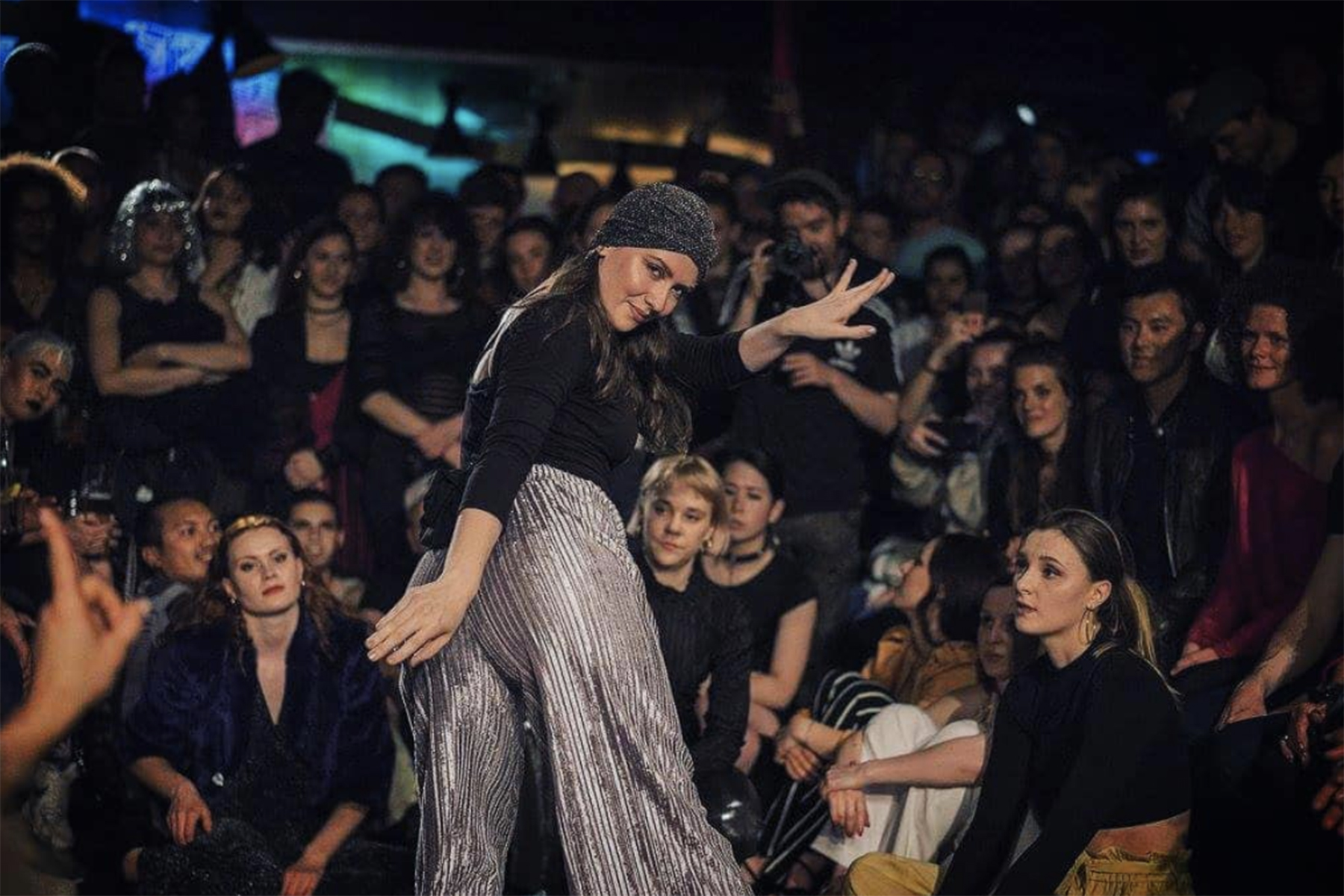