Voguing is a club culture that focusses on freedom, creativity, diversity and respect.

This class helps you to get a self confident performance and it brings your body in a fit condition. So a new body feeling can be adopted that influences your whole life – no matter how old, what gender or physical condition.

Beside the understanding for the dance style the most important thing is having fun. Basic elements of voguing are explained and afterwards you will work on their performance individually. In order to get a better feeling of the dance style a choreography will be taught in the class, as well.

What is Vogue Fem

„Fem“ stand for the extremely feminine experience of the glamorous disco queens of the 70s and 80s and for the posing of the super models. The influences come from modern, ballet, figure skating and pantomime. Here are two main dynamics in the presentation of the dance: the dramatic style with very fast and impressive tricks and turns and the soft style that emphasizes the grace and the beauty of women with slow movements.

The dancing style of Voguing arose in Harlem, New York, at the beginning of the 60s by homosexual African Americans in the so-called „Ballroom-Scene“.

The name comes from the fashion magazine „Vogue“ as it was its biggest inspiration. The original form of the dance is the so-called „Old Way“ which is known for movement combinations influenced by breakdance, popping, martial arts and posing of Egyptian monarchs. Out of „Old Way“ which is also called the „Maskulin Way“ two other styles were developed: New Way and Vogue Fem.

New Way is the further development of Old Way and it is marked by extreme posing and flexibility. The style is inspired by Haute Couture, yoga, tutting, gymnastics and contortionists. It stands for a precise creation of complex ankles and lines, as well as illusions of the arms, the wrists and hands.

During the balls what is inspired by mask balls the houses (combination of dance crew and family) battle in different categories to see who will get the trophy. In the „runway“ category extravagant outfits are presented and a jury evaluates the presentation as well as the whole picture. In the dance category called „performance“ the winner is chosen on the stage while dancing in „ballroom style“. 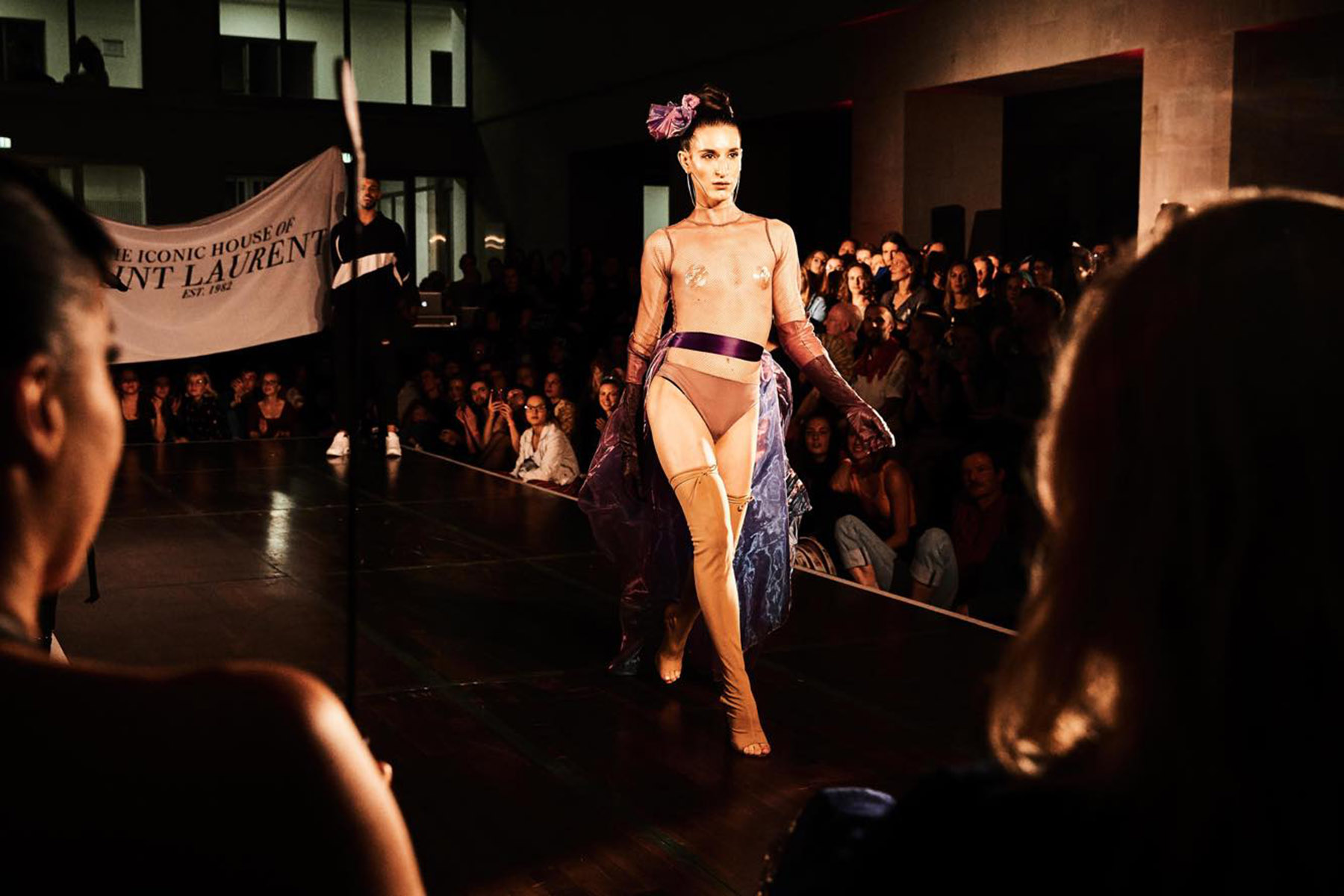