Waacking, similar to voguing, was created mainly by the black LGBT community and as a freestyle dance in the clubs of the 70s. While the emergence of Vogue Dance is more likely to be located in the queer scene in New York, and the US East Coast, the Waacking movement originated in Los Angeles on the West Coast. Similar to Voguing, the young queer dancers wanted to be themselves in the clubs. In the 1970s, homosexuality and gender issues were a total taboo in society, leading to exclusion, discrimination and attacks. Waacking is therefore a very personal and political liberation dance of outdated conservative images of society. At the beginning it was called “punking”. Punking was / is the exaggerated dramatic acting too through eccentric expressive movements. Since homosexual men were called punk, they turned the tables on punking and used the term in their own artistic expression.

We are very proud that we are as far as we know of the only dance school in Berlin offering a regular Waacking class. For many years we had the very talented Raha Nejad teaching at our studio as well as equally amazing guest teachers such as Yeliz Manuka, Ariane Brown (FR) or Daybee Dee.

Currently in 2019 Çiğdem Kılınç starts with her new regular Waacking Class every saturday at motion*s. 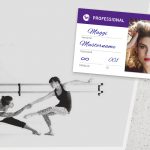 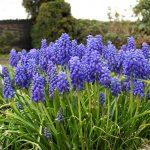