Chicago Footwork: Music and Dance at a Whole New Speed

The fast-paced, energetic genre of music known as footwork came from a desire to speed things up. Born in the West and South Sides of Chicago, footwork emerged from hip-hop and juke music during the 1990s as local party goers encouraged DJs to speed up the music. Since then, it’s become a worldwide movement of producers and dancers. Renowned footwork DJ and producer RP BOO is considered the godfather of the genre. Let’s see if he can teach us a step or two.

Akeem Pennicooke tells a story of dance culture and gang culture on Footwurk: The Legacy. Footwork is a style of music and dance that originated in Chicago in the 1990s. For the decade that followed, it was rarely talked about outside of its hometown, bar the odd forum thread where keen fans tracked uploads on peer-to-peer service Imeem. The late 2000s saw it gain traction outside of Chicago. Planet Mu released a series of records by DJ Nate, DJ Roc and Ghettoteknitianz – the crew that would later become Teklife – as well as the Bangs and Works series, which documented various footwork artists. Soon, the likes of DJ Rashad and Spinn had played European tours, and artists like Machinedrum and Addison Groove had adopted footwork as key inspirations for their music, helping these artists’ profiles spread further. Director Akeem Pennicooke’s films focus on telling “the unique stories of people whose voices are not heard”, where he usually uses untrained non-actors, as they “project genuine emotion”. In this case, the film stars footwork dancers MikeyRockz (from the Heat Squad crew) and Rashad Harris (from Tribe National). He immersed himself in footwork to properly understand the community, and made the tracks for the film’s music (under his musical alias, Londy), which fall into the long-standing footwork tradition of using half-time soul and Motown samples with triplet drums. Despite dealing with freezing temperatures (it’s Chicago in winter) and police harassment while filming, the film is heart-breaking and inspiring at the same time. 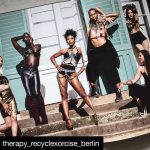